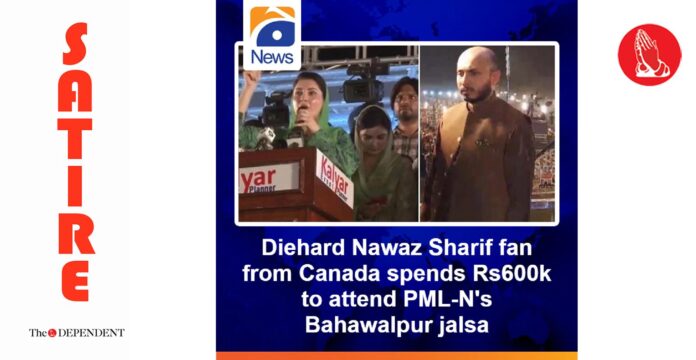 The heartwarming story of the fan who spent Rs600,000 to purchase an airline ticket so that he could attend the party’s jalsa in Bahawalpur on Saturday was shared on Sunday by the fan that has spent multiple times that amount on transactions not limited to tickets, of the travel and other kinds.

The Nawaz Sharif fan from Canada reached Bahawalpur after multiple stopovers saying that he had to be there since he is responsible for information and broadcasting.

“Same to same, brother,” the Nawaz Sharif fan from Pakistan thought while curating the interview.