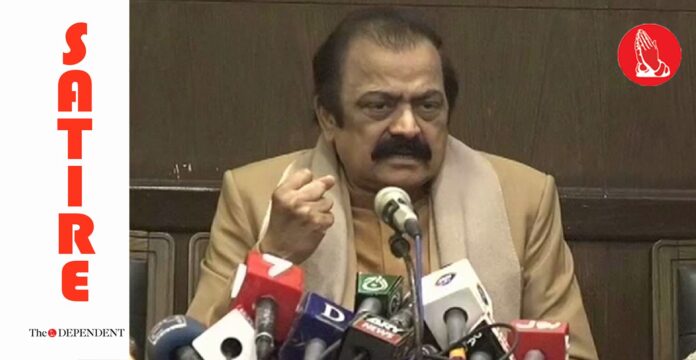 Taking to his official Twitter handle, the federal minister told the TTP that any malicious planning on the group’s part would be met with strongly by the state, which will leave no stone unturned in establishing its writ.

“One thing I want to illustrate, as soon as any attack is planned — let them come and I’ll see how they cross barriers this time,” Rana Sanaullah wrote on Twitter.

The federal minister’s tweets came in the aftermath of the indefinite ceasefire agreed by the TTP with the government of Pakistan.

Warning that the “anti-state terrorist group” will be dealt with an iron fist, and no one would be allowed to disturb law and order, the interior minister confirmed while talking to The Dependent that the indefinite ceasefire agreed by the Taliban is genuine.

“The TTP has agreed to an indefinite ceasefire till the next violation,” Sanaullah confirmed while talking to The Dependent.

“And I am personally waiting for them to plan that violation, because I will be ready to welcome the Taliban with my very own, and personal, iron fist.”