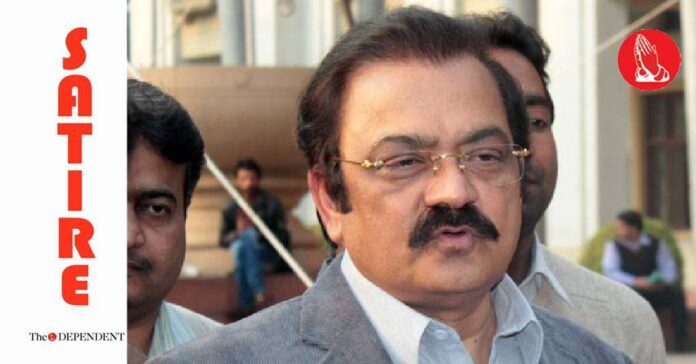 IN YOUR PERSONAL SPACE: Edging increasingly closer in growing violation of your personal boundaries, the interior minister Tuesday told you he was willing to extend the next elections until you were ready to love him.

In what observers say was the latest manifestation of the interior minister acting beyond his jurisdiction and violating ethical bounds, Sana whispered the words into your ears in order to, sources claim, rekindle a romance.

“Six months is nothing. I can postpone any and every election for as long as you need,” said Sana slowly and quietly hoping to extricate reciprocation, sources well placed inside your personal space told The Dependent.

“As long as it takes for you to love me again,” he added, now with more intensity in his words, and more love in his eyes.

Despite your repeated attempts to distance yourself from him, and multiple clarifications that you never had any love for him, a visibly emotional Sana remained adamant that there remained the possibility of mutuality in the alleged romance.

“You may claim that you never loved me and even refuse to acknowledge me, but sooner or later, you’ll know that I’m the only one you have,” the federal interior minister said passionately, despite you turning your head around, away from him.

“And that’s when I will hold the elections,” Sana said, now with more volume in his words, while you turned your back and walked in the other direction.

At press time, Sana asked NADRA officials for your domicile, to reconfirm which province you’re from.

- Advertisement -
Facebook
Twitter
Linkedin
WhatsApp
Email
Previous articleCivil-military leadership urged to work towards two-state solution with Islamabad as capital
Next articlePakistan will be free of national interest in 5 years: Dar