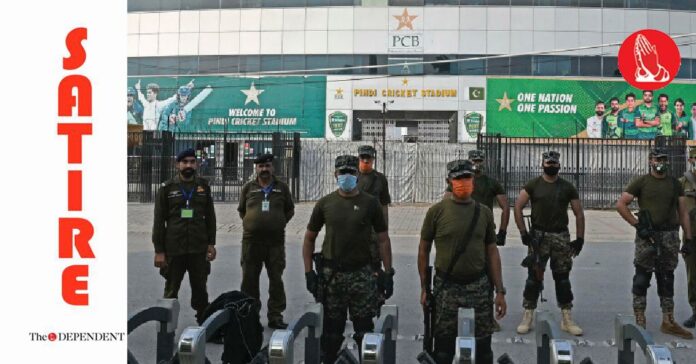 RAWALPINDI: All decisions taken in Rawalpindi will be final and cannot be overturned, everyone was reminded on Thursday.

Whatever the umpire decides in Rawalpindi has to be accepted by everyone, regardless of whether they like the verdicts or not, and whether they are the right decisions or not, it was further emphasised.

“Unlike other places, we do not have the Decision Review System in Rawalpindi,” a statement issued to everyone announced.

“Those expecting to use DRS to change any decisions are clearly in the wrong place and the wrong arena,” the statement added.

The reminder comes amidst an historic event this week in Rawalpindi, which carries massive significance for the country going forward, observers say.

Analysts further claim that the event underlines that the past is gone and that we are moving forward with this advent of a new era.

Meanwhile, experts also insist that the nation’s interests in its most-followed sport and prime source of entertainment will not be impacted by the inability to challenge incorrect decisions.

“We don’t need any modern-day ideas to enhance our enjoyment. And we definitely do not need anyone questioning the decision-makers,” noted a leading decision-review security analyst, requesting anonymity after being told that their comment will not be revised either.

At press time, everyone watched on as the show went on, with collective emotions betraying both excitement and frustration, but complete acceptance of all adjudications.