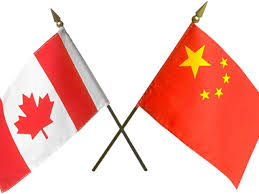 OTTAWA: Canadian Prime Minister Justin Trudeau is set to begin his official visit to China, a business association here believes Trudeau’s visit will include trade negotiations with China as Canada’s trade pact with the US and Mexico is in increasing uncertainty.

“I think it’s important that he’s going to Beijing because of what we’ve heard in Washington,” said former Canadian cabinet minister Perrin Beatty, who now serves as president and chief executive officer of the 92-year-old Canadian Chamber of Commerce.

On Thursday – three days before Trudeau’s trip to China on Sunday – the US website POLITICO published comments from Canada’s ambassador in Washington DC David MacNaughton in which he described the Trump administration’s approach to renegotiating the North American Free Trade Agreement (NAFTA) as “take, take, take” and warned that as a result THEN talks might not “end well.”

“If we are wise, we should be looking to diversify our trade,” said Beatty, a frequent visitor to China, who was in the country last year during Trudeau’s first trip when the Canadian prime minister attended the G20 meeting in Hangzhou.

In September, the Canadian Chamber of Commerce released a “business checklist” for trade negotiations with China, and urged the Canadian government “to intensify its economic relationship” with China, which it noted is the world’s second-largest economy and has a larger middle class than the US.

The report said that Canada should match its “strengths to China’s interests” in such areas as energy and climate change, foreign direct investment, services and agri-food.

Although China is Canada’s second-largest trading partner behind the US, “Canada is not among China’s largest customers,” according to the Canadian Chamber of Commerce, which highlighted that 12 per cent of Canadian imports originate from China, while only four per cent of Canadian exports are sent to China.

But Beatty cautioned that it could take years before Canada signs a trade agreement with China, and that time will be necessary to address “difficult issues,” including national security, intellectual property (IP) protection in China and investments in Canada from Chinese state-owned enterprises.

With 64 per cent of Canada’s global merchandise trade directed to the US, broadening significant Canadian trade relationships, including one with China, should be a key Canadian priority, said Beatty.

“The American market is enormously seductive for us. We speak the same language, have the same system of laws, know each other by having done business together for a long time, and can fly to an American city in the morning and be home for dinner back in Canada,” he explained.

“As a consequence, we’re missing out on opportunities to get into high-growth economies like China’s.”

Beatty recommends that Canada pursue a “much greater and longer-lasting” economic partnership with China than “a simple doubling of merchandise trade,” which is worth about 90 billion Canadian dollars (70.9 billion US dollars) annually.

“There is a Chinese saying that a journey of a thousand miles begins with a single step,” Beatty said. “We’re taking the first step to diversify with Prime Minister Trudeau’s visit to China.”