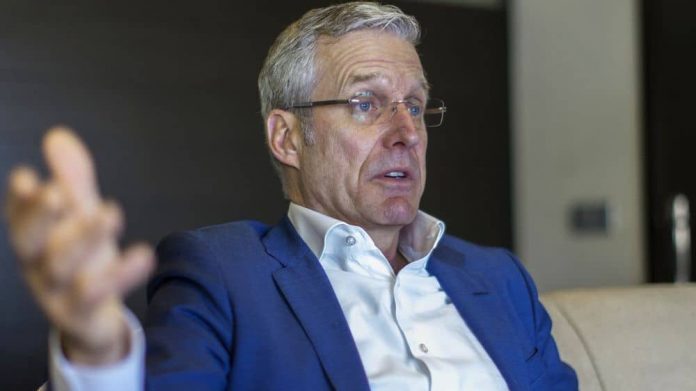 KARACHI: Pakistan Stock Exchange (PSX) CEO Richard Morin said on Thursday an exchange-traded fund (ETF) will be launched on the bourse in the second half of the current year.

Speaking to Pakistan Today on the sidelines of a ceremony held at the PSX to mark the International Women’s Day, Morin said the launch of an ETF is part of his plan to increase the number of retail stock investors.

An ETF is a derivative product that ordinary investors will be able to buy and sell on the PSX in the same way that they trade a typical stock. But unlike a stock that symbolises the ownership in a single company, an ETF represents the value of a basket of listed companies. Like an index-tracking mutual fund, an ETF allows investors to have exposure to a large number of listed companies through a single transaction. As a result, investors benefit from any price appreciation and dividend declaration from the constituent companies.

“We are currently in talks with at least two financial institutions, which are interested in becoming issuers of the ETF,” he said.

PSX investors have increased their investments by eight times in the last 10 years, he said. Those who invested Rs1 million in an index-tracking fund 10 years ago now have Rs8 million, he added. “Our challenge is to get more and more middle-class Pakistanis, which are around 40 million, to invest through the PSX,” he said.

Addressing the ceremony, Women on Boards (Pakistan) Chairperson Rahat Konain said a large number of female professionals are already making a mark in commerce, business and entrepreneurship. “Women seek gender representation for parity, not diversity. We demand merit, not quota,” she said.

Quoting a study by consultancy firm Deloitte, the only woman director on the PSX board said men occupy 90 per cent company directorships globally. In Pakistan, women representation on boards of listed companies in 2016 was 9 per cent. However, most of those female directors belonged to the families of company sponsors. About 0.8 per cent of them were categorised as independent female professionals, she said.

Women on Board Pakistan CEO Aftab Ahmad said only one of the 560 listed companies had an independent woman professional as its CEO in 2016. The rest of 10 female CEOs were related to company sponsors, he added.

But the number of independent female CEOs increased to two in 2017 and is expected to be three in the current year.