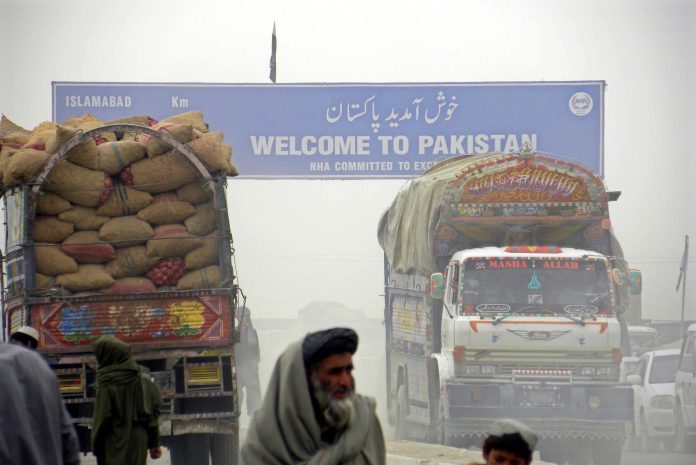 ISLAMABAD: Prime Minister’s Adviser on Commerce, Textile, Industry and Production and Investment Abdul Razak Dawood on Wednesday said export volume between Pakistan and Afghanistan during 2007 to 2017 remained up to Rs158,782,8.8 million while import volume remained up to Rs 233,326.96 million.

In a written reply to a question in the Senate, he said transit trade between the two countries was governed by Afghanistan-Pakistan Transit Trade Agreement signed in 2010.

He said after a pause of two years in high-level interaction on trade, an inter-ministerial bilateral meeting between Pakistan and Afghanistan was held on May 8 this year at the Ministry of Commerce, Islamabad.

The purpose of the meeting was to improve bilateral trade relations and Afghanistan side requested for removal of regulatory duties on fresh fruits, vegetables, dry fruits and other goods, he added.

“The Ministry of Commerce assured to accommodate the Afghan request to all possible extent. A summary has been submitted to the Economic Coordination Committee (ECC) in its meeting held on May 11, 2018, to remove regulatory duties from major import items from Afghanistan consisting of fruits, vegetables and dry fruits. In addition, the ministry was also agreed to facilitate Afghan cotton exports to Pakistan,” the advisor said in his letter to the Senate.