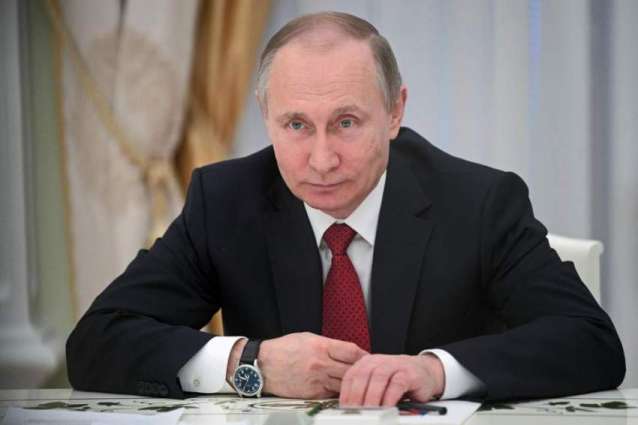 MOSCOW: Russian President Vladimir Putin on Wednesday said an oil price of $65 to $75 per barrel would “suit” Moscow, as crude soared this week to reach the highest level since November 2014.

“A price of $65 to $75 per barrel would suit us. This would be completely normal to ensure the efficient functioning of energy companies and the investment process,” the Russian leader told an energy forum in Moscow.

Oil prices spiked this week to a four-year peak, with Brent Crude at nearly $85 per barrel on worries over stretched global supplies due to US sanctions on Iran.

Energy firms enjoyed big gains on the surge, after the world’s top producers agreed to maintain output despite pressure from US President Donald Trump.

“President Trump said that the price is high. He is partly right,” Putin said. “But such a price of oil is in large part the result of the current American administration’s irresponsible policies, which directly affects the world economy,” the Russian leader added.

OPEC and its non-cartel partners — including Russia — agreed at the end of June to increase production after a previous agreement at the end of 2016 had limited supply to support prices.

Despite this week’s jump, oil remains far below record peaks of above $147 reached in 2008 before the global economic downturn sparked a collapse in demand.

Russia’s economy remains highly dependent on exports of its energy resources. The 2014 collapse in oil prices along with western sanctions over the Ukraine conflict plunged Russia’s economy into a prolonged recession that severely curbed consumers’ purchasing power.