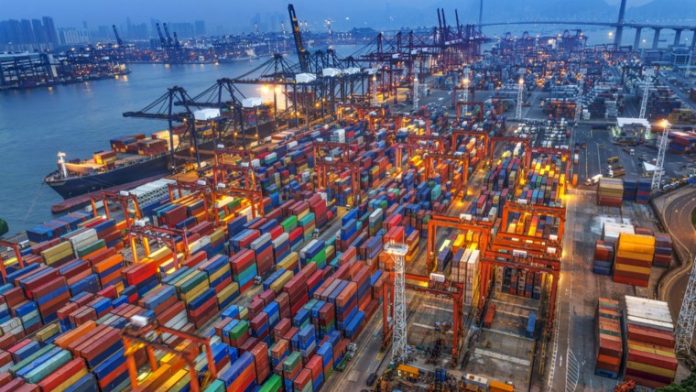 KARACHI: Pakistan’s exports enhanced by 4.56 per cent to $5.390 billion in the first three months of Financial Year 2018-19, as compared to the same period of last year, it was learnt on Wednesday.

The new cabinet of Prime Minister Imran Khan took over the charge in August and since that time it has been trying to overcome the rising import and current account deficit, which had touched $18.5 billion.

The government has now agreed to seek help from the International Monetary Fund (IMF) for a bailout, and in this connection, the finance minister would be submitting a new loan application to the IMF this week.

On Oct 4, the reserves of the State Bank of Pakistan (SBP) stood at $8.408 billion, which were less than the import bill of six weeks.

According to the PBS data, the trade deficit of the country decreased slightly by 1.61 per cent to $8.869 billion in July-Sept this year, as compared to $9.014 billion in the same period last year.

Industry sources claimed that the current account deficit could further widen to $18.5 billion in 2018-19, adding that the government should take effective measures to enhance the exports up to $4 billion per month, which at the moment seemed impossible.

In the first week of October 2018, the central bank devalued the rupee by around 9.5 per cent in the interbank market to Rs134.50. In the open currency market, a dollar is being sold at around Rs136.5.

Due to the rising current account deficit, the total liquid foreign reserves held by the country stood at $14,893 billion on October 4. The reserves of the State Bank of Pakistan (SBP) have decreased by $442 million to $8.408 billion.

The Pak-US relations rhetoric currently is based on calls for greater market access to the United States rather than more aid. With exports at $3.9 billion in the last fiscal year, the US is already the single largest market for Pakistan’s exports. In order to contextualize this keep this, Pakistan exported more to the US last fiscal year than UK and China combined.

Arshad Hussain
The author is business reporter at Pakistan Today. He can be reached at arshad.hussaind@pakistantoday.com.pk. He tweets @ArshadH47736937