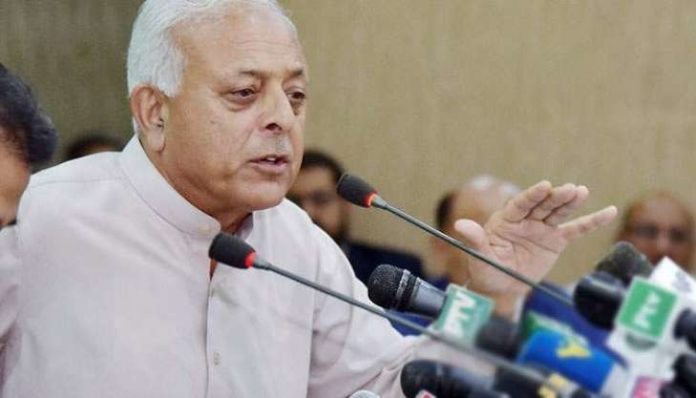 ISLAMABAD: Petroleum Minister Ghulam Sarwar Khan said on Tuesday that steps were being taken to rectify the problem of low gas pressure faced by citizens in different parts of the country.

He was responding to a calling attention notice of MNAs Agha Hassan Baloch, Muhammad Hashim and Munawara Bibi, who drew attention to the low gas pressure in areas of Mastung, Qalat, Noshki and Quetta, during the National Assembly session.

The minister admitted that residents of different areas of Balochistan were facing the problem of low gas pressure, saying that the same problem existed in other parts of the country as well due to a rampant increase in population in the areas.

He claimed there was no gas load shedding in the country and that the Sui Southern Gas Company has started changing the pipelines on different locations at a cost of Rs2.28 billion in order to improve the gas pressure.

He said gas theft was also an important issue and solving it would significantly help address the problem of low gas pressure. The minister informed that 13 per cent or Rs26 billion worth gas was stolen from the system of SSGCL.

“I will seek cooperation from the Balochistan chief minister to tackle the issue of gas theft,” he said. “The localities in Balochistan are separated by long distances, hence LPG mix would be provided there.”

The minister said cases had been registered against employees involved in gas theft.

Some other members also complained of low gas pressure and load shedding in Peshawar, Islamabad, Karachi and Hyderabad.