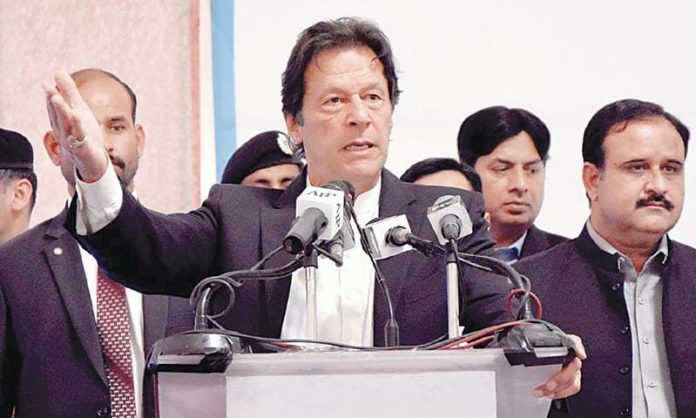 LAHORE: Prime Minister Imran Khan said on Saturday that his foremost mission was to reduce poverty in the country, as 40 per cent population was living below the poverty line.

“Wealth creation was essential for poverty alleviation and for this purpose, an enabling environment would be provided to industries,” he said while addressing a function held here under the auspices of All Pakistan Textile Mills Association.

The function was organized to thank the prime minister for providing affordable energy — gas and electricity — for revival and growth of the export industry.

The PM said he was aware of the problems that confronted the textile industry from time to time. However, an enabling environment would be provided to industries to address their woes.

He said when Malaysia was transformed by its leadership, it provided opportunities to the entrepreneurs, adding that UAE Prime Minister Sheikh Mohammed bin Rashid Al Maktoum also believed that profit was important in order to ensure investment.

“The money earned from legal means definitely benefits the country and there is a difference between profit and profiteering,” he added.

The prime minister said if there would be no rebate, those associated with small businesses would suffer, adding that proper governance system in the country would help ensure progress and prosperity.

“Investors are now showing interest in making investments in Pakistan,” he said.

The prime minister told the forum that due to the problem of current account deficit, the government had to approach the friendly countries, despite the fact that ‘it was not his job’.

He said seeking aid compromised the sovereignty of nations. However, no strings were attached to what had been received from the friendly countries, he added.

Imran Khan said, “Pakistan’s role is of a peacemaker among the Muslim states and it wants to improve relations between Saudi Arabia and Iran.”

APTMA Chairman Syed Ali Ahsan on the occasion thanked the prime minister for attending the function, saying the Pakistan Tehreek-e-Insaf government had removed the energy disparity among provinces.

APTMA Patron-in-Chief Gohar Ejaz said, “If we increase our exports up to 10 per cent, it will result in remarkable changes after five years.”

He said the provision of affordable energy and policy implementation was essential for the better working of the industries and those associated with the industry needed the government’s support and confidence.

He said that in 2013, Pakistan’s exports stood at $25 billion, and had there been a 10 per cent annual rise, today their volume should have been $41 billion.

Later, the Living Legend Award was given to Gohar Ejaz.