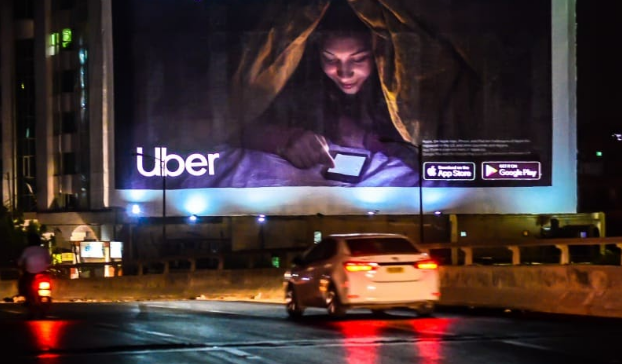 LAHORE: Following a global media review, Uber has selected Mediacom as its new global media agency to handle $190 million in branding and performance campaigns. As a result, Uber will turn to Mediacom in Pakistan as well to handle its $2.5 million offline media business targeting the demand side and the supply side of its business, capturing passengers and drivers respectively.

“As one of the leaders of the new age of advertisers and one of the most cutting-edge brands around, we are proud to be part of Uber’s amazing global journey,” said Nick Lawson, global CEO of MediaCom. “To be appointed as their consolidated global agency of record is testament to the incredible work we see day-in-day-out across the business.”

At the Festival of Media Global Awards 2020 last week, Mediacom was named Agency Network of the Year, which is the third time in four years that MediaCom has taken the top prize at the event. The award was based on the systems thinking media agency’s work with various brands under P&G and KLM.

The news marks the end of a three-year relationship between Uber and the Omnicom Media Group, which handled its media buying globally since January 2017. According to an announcement by Uber, the media account will be handed over to Mediacom in January 2021. Raza Syed, the general manager of Mediacom In Pakistan, declined a request for comment.

Working with the Omnicom Media Group franchise in Pakistan,  Uber’s media account was being overseen by Rafay Farooqi, Zeb Qamar, and Iftikhar Nabi since January 2017, with the trio working with the support of the research, buying, and operations teams.

Manhattan International, the creative agency led by Dara Bashir Khan which also owns the Omnicom Media Group franchise in Pakistan, led creative for Uber during this tenure. With Mehek Zafer and Subhan Elahi on digital and creatives, the Omnicom Media Group produced a flurry of campaigns syncing the Uber brand with cricket and music, the two most popular platforms in Pakistan.

On the supply side, Omnicom Media Group helped Uber acquire drivers with a range of offline media activities and touchpoints, from A4 size pamphlets distributed at key hubs to buying out of home (OOH) billboard space at one of the largest billboards near Millenium Mall in Karachi. Official representatives of the Omnicom Media Group in Pakistan declined response to a request for comment.

According to a representative at Uber, the Dara Bashir Khan led Omnicom Media Group helped the company secure a presenting sponsorship at the ICC Cricket World Cup in England with Ten Sports and own the Straight Drive show. The campaign also included former captain of the Pakistan national cricket team, Shoaib Malik.

From 2017 to 2019, the Omnicom Media Group helped Uber acquire customers in Pakistan through sponsorship deals on TV, celebrity endorsements, buying out space in the largest billboards, and various below the line (BTL) activities. In the Pakistan market, Uber has in-housed digital media buying, valued at $625,000 in 2019 according to people familiar with the matter.

Following the fallout resulting from WeWork unit economics being exposed and the spillover impact on Softbank, including COVID-19, the media budget for Uber across the world was pulled, including Pakistan.

Hence, sources from Uber would not comment on the value of the media account for 2020, as lockdowns limited operations for Uber worldwide across all its business units, with only UberEats picking up towards Q3 2020.