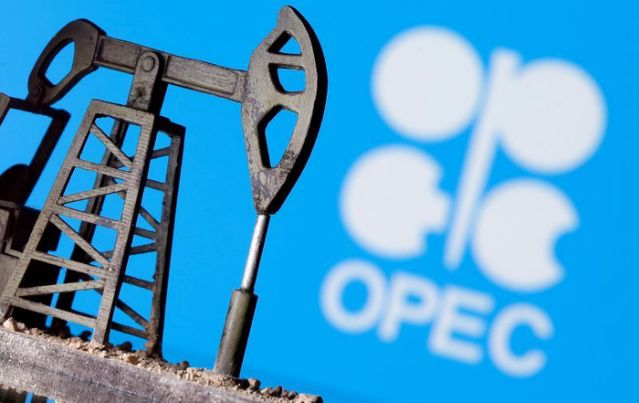 DUBAI/LONDON/MOSCOW: OPEC members have reached a consensus on the need to extend existing oil production cuts for three months from January and will work on convincing their allies in the wider OPEC+ group to support such a move, Algeria’s minister said on Monday.

Algerian Energy Minister Abdelmadjid Attar, holder of OPEC’s rotating presidency, was speaking shortly before OPEC ministers began talks to discuss a policy that would help producers cope with weak demand in 2021 due to the coronavirus crisis.

“There is consensus at the OPEC level … on extending the current 7.7 million barrels per day (bpd) cuts until … the end of March,” Attar said, according to Algeria’s state news agency.

The Organization of the Petroleum Exporting Countries, Russia and others, a group known as OPEC+, hold their wider talks on Tuesday, after informal discussions of key ministers on Sunday had failed to reach a consensus.

OPEC+ had been due to ease existing production cuts by 2 million bpd from January. But, with demand still under pressure, OPEC+ has been considering extending existing cuts of 7.7 million bpd, about 8% of global demand, into the first months of 2021, a position backed by Saudi Arabia, sources said.

“OPEC will probably agree to extend the current production ceiling for the first quarter of 2021, if the non-OPEC countries agree with it in (Tuesday’s) meeting,” an OPEC source said.

Kremlin spokesman Dmitry Peskov said differences between Russia and OPEC were not as severe as in early 2020, when disagreements led to a collapse in talks and a surge in output.

But Peskov said President Vladimir Putin had no plans to call Saudi Arabia’s leadership before the OPEC+ meeting, a move that in the past has helped smooth over any dispute.

OPEC+ has to strike a delicate balance of pushing up prices enough to help their budgets but not so much that rival U.S. output surges. U.S. shale production tends to climb as prices rise above $50 a barrel. Adding to the challenge within OPEC+, Moscow’s finances can tolerate lower oil prices than Riyadh’s.

Oil had a bull run last week triggered by hopes for a virus vaccine and expectations of a rollover in OPEC+ cuts.