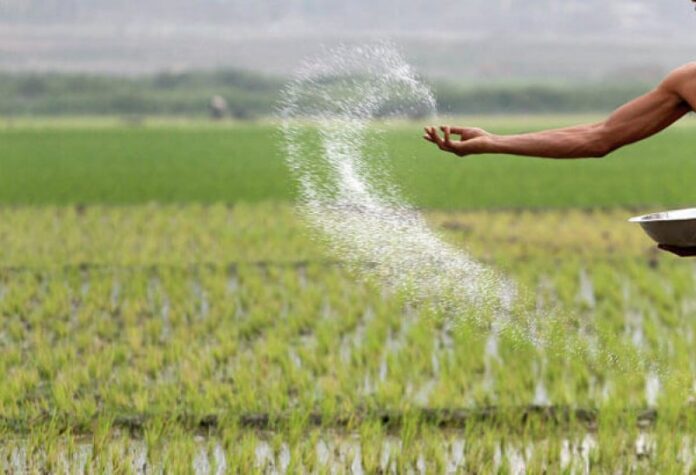 LAHORE: The local urea market is adequately supplied for Rabi season 2020-21 as it has accumulated a total inventory of one million tonnes on the back of consistent local production.

Industry figures show that 515,000 tonnes of urea were sold in November compared to 362,000 tonnes during the same month last year. This phenomenal jump of 42pc reflects improved farm economics and lower input costs as urea prices have been reduced by around Rs400 per bag since the beginning of this year.

It may also be noted here that urea production has remained consistent at last year’s level of 5.6 million tonnes till November.

According to the National Fertiliser Development Centre (NFDC), Rabi season 2020-21 began with an opening inventory of 473,000 tonnes of urea, with the total seasonal offtake estimated to be around 3.24 million tonnes, while the inventory is expected to close at 284,000 tonnes by the end of the season.

Based on industry calculations, an inventory of around 665,000 tonnes is being held by the manufacturers as of end November, while additional stocks in the range of 350,000 to 370,000 tonnes are available in the market channel.

Therefore, the total urea inventory of approximately one million tonnes, coupled with an expected production of 500,000 tonnes in December, would be sufficient to cater to the season’s demand in addition to maintaining a buffer stock in the country.

Further, sufficient inventories have resulted in urea prices to continuously decline as per the data available on the Pakistan Bureau of Statistics’ (PBS) website. Also, with the availability of sufficient safety stocks, there is no threat of an increase in urea prices in the near future.

It is pertinent to mention here that the government has cut off the gas supply to RLNG-based fertiliser plants in view of the inventory situation and gas shortage of up to 2 billion cubic feet per day (BCFD) in the winter season.

In a notification sent to the Pakistan Stock Exchange (PSX) last week, Agritech Limited announced that the company’s urea plant has shut down as of November 30 due to gas curtailment as the government grapples with winter load management.

RLNG plants had been operationalised for three months with a subsidy of Rs3 billion despite the government’s policy to ensure improved and consistent gas supply to indigenous gas-based fertiliser plants, who have invested heavily in production capacity and can meet the local urea demand of 5.9 million tonnes.