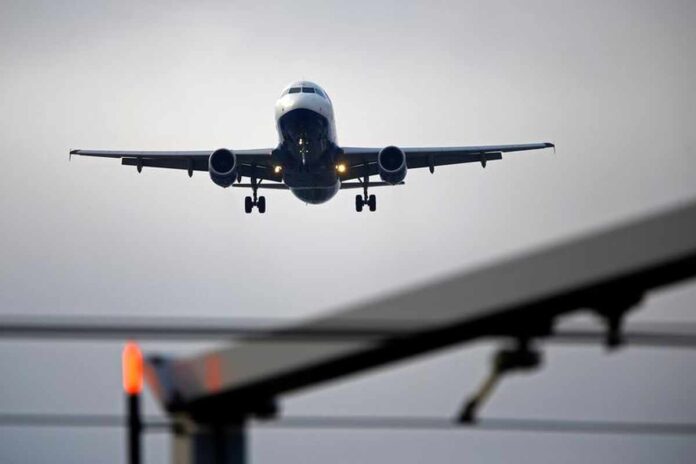 Sources privy to this development informed that the Aviation Division had earlier this month proposed the federal cabinet to relax Article 4.5 of National Aviation Policy (NAP)-2019 in favour of Serene Air and Airblue so that the carriers may be permitted to commence/continue international flight operations.

The division had also sought approval for designation of Serene Air and Airblue to all countries with whom Pakistan shared Air Services Agreements (ASAs).

Consequently, the federal cabinet, in its meeting on Dec 8, considered the summary submitted by the Aviation Division and approved the proposal accordingly.

However, sources informed that the Aviation Division, after “silently” obtaining the cabinet’s approval to “facilitate” Airblue and Serene Air, refrained from forwarding the said summary to federal ministers. They said the summary was “not even included” in the Dec 8 agenda items of the cabinet.

It is pertinent to mention that Pakistani scheduled carriers were required to operate on primary and socio-economic routes under Article 4.5 (a) (IV) read with Article 4.4 of NAP-2019. However, over the course of more than one year since the policy came into effect, both Serene Air and Airblue remained unable to operate five per cent of their capacity — available seat kilometers (ASK) — each on primary and socio-economic routes as required under the said article.

“Due to Covid-19 situation, airlines across the world, including PIA, had suffered immense losses, and it was unlikely for Serene Air and Airblue to fulfill requirements of satisfactory operations on primary and socio-economic routes anytime soon,” an insider said. “While Airblue is already operating international flights, the Civil Aviation Authority has forwarded the request of Serene Air to commence international operations.”

According to NAP-2019 and terms of bilateral ASAs, the federal cabinet was the competent authority to relax the provision of NAP-2019 as well as to approve designation of Pakistani airlines to other countries.

It may be noted that Airblue, owned by former premier Shahid Khaqqan Abbasi, has been operating flights to United Arab Emirates (UAE) and Saudi Arabia, while Serene Air (Pvt) Ltd has plans to start its operations to UK, China, Iraq and Saudi Arabia. Serene Air has already given an undertaking to the Aviation Division that they will fly as per requirements of NAP-2019 on primary and socio-economic routes as soon as possible after Covid-19 pandemic was over.