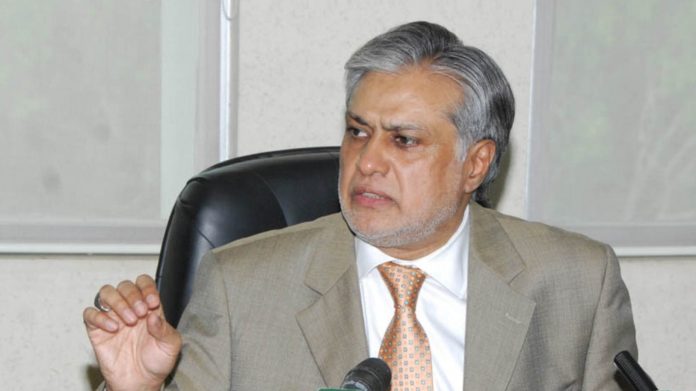 Earlier on November 3, NAB Karachi had sent arrest warrants of eight persons to the bureau’s headquarters requesting permission to take the accused into custody in case of the non-transparent amalgamation of two banks.

“Permission has been sought to arrest Ishaq Dar, who is currently residing in London; Ashraf Wathra; a former senior official of the Ministry of Finance and five central bank officials who are currently serving at key positions,” official documents state.

According to a report by the Express Tribune, NAB investigators stated that several provisions of information letters, reminders were sent to the SBP for procuring internal memos, minute sheets, note sheets, and other relevant records in order to establish criminality on the part of responsible officers but the said information was never made available.

In April 2018, the Public Accounts Committee (PAC) of the National Assembly had requested the Supreme Court of Pakistan to take suo moto notice of a private Bank’s merger deal while terming it the “biggest scandal in the central bank’s history”.

NAB documents showed that the Karachi Office sought permission to arrest accused persons to “expedite the investigation proceedings”, as all the accused persons of the SBP are “deliberately avoiding to appear” before NAB.

On the other hand, Ishaq Dar said in a written response to the media outlet said, “I have nothing to do with this case except whatever SBP decided under the law and due process and recommended by the Finance Division/Secretary for approval, was done”.