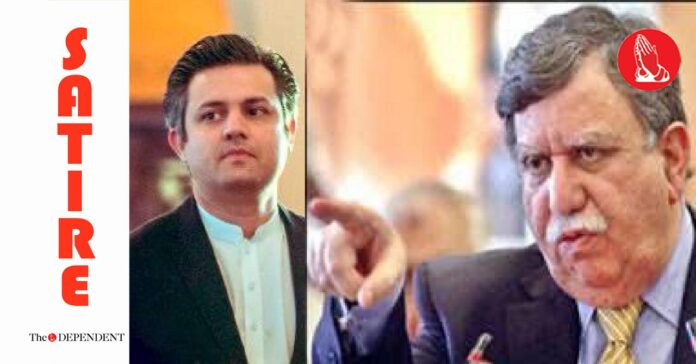 Islamabad – After a short 19 day fling with a younger man that made the eyes of all other ministries turn, the Finance Ministry has now turned towards an older, richer, more stable ex that it was with back in 2010.

“Hammad was fun and all, and it was nice to be with someone so good looking and fit. Everyone kept saying how he was really inexperienced, but let me tell you, he was much better than some of the other guys I’ve been,” the Finance Ministry told the Ministry for Human Rights at their weekly brunch on Sunday. “But I just had to get out of it you know? Maybe you’re right it was a rebound but what’s wrong with that?”

“And I always knew there was some tension between me and Shaukat. There’s just something about him that speaks to me,” the ministry went on to say. “I know I’ve made some mistakes, there was that disaster with Asad, but I really can’t help it. It’s never easy.”

According to details, the Finance Ministry was a little hurt that Hammad moved on very quickly to the Energy Ministry, but that there were no hard feelings because even though it was serious, they both knew it could not last very long.

“I mean to be fair, there were rumours about me and Shaukat as soon as I started seeing Hammad. But at least he and I were minister and ministry from day one you know? Unlike that Hafeez, who just couldn’t commit and kept calling himself “Special Advisor” for so long and then couldn’t find a seat. Like who does that? And that too during an IMF negotiation. Unbelievable.”