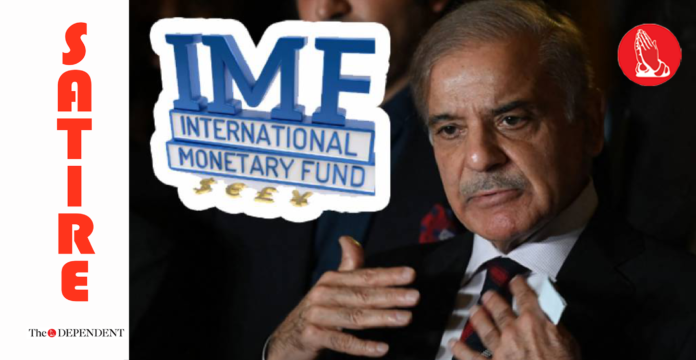 ISLAMABAD – Prime Minister Shehbaz Sharif on Tuesday said that he was informed by Finance Minister Miftah Ismail that Pakistan could receive $2 billion from the International Monetary Fund (IMF) after the final condition of ensuring former premier Nawaz Sharif remaining in London is met.

While addressing the ‘Turnaround Pakistan’ conference organised by the Ministry of Planning and Development, PM Shehbaz said that the country had met all other conditions with just the small matter of making the Pakistan Muslim League-Nawaz (PML-N) supremo stay in the United Kingdom the only clause remaining.

“Miftah Ismail relayed a message in the morning saying that we will hopefully be receiving not $1bn from the IMF, but $2bn, and all we have to do is ensure that Nawaz Sharif remains in London,” the premier revealed.

“Miftah Ismail also said that the IMF wants Ishaq Dar to remain in London, to which I replied, ‘no, it does not’” Shehbaz added.

The premier stressed the need for all quarters to work towards self-reliance, which guarantees political and economic independence.

“I am working day and night to ensure self-reliance, along with political and economic independence, for myself,” the PM said.

“But of course, it’s easier said than done.”