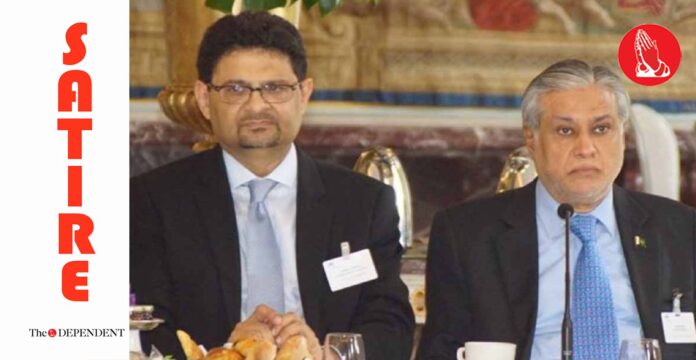 ISLAMABAD – Finance Minister Miftah Ismail on Monday said that Pakistan Muslim League-Nawaz (PML-N) senior leader Ishaq Dar can return to the country and make the easy moves now that all the tough ones have been made.

Talking to The Dependent, Miftah said Dar’s return to the country would not bother him and he would be happy to relinquish his position since that is what he was tasked to do all along.

“I’d welcome Dar sahab coming back to take the easy decisions, now that I’ve taken all the difficult ones,” Miftah said in an exclusive interview.

“Of course, this is not to deny that he took the decisions taken so far as well, only that they were supposed to be pinned on me according to the plan,” the finance minister added.

Further emphasising his reverence for the senior party leader, Miftah Ismail said that Ishaq Dar is his elder and worthy of all the respect.

“But, at least, he’s not my elder brother. Some of our party leaders have had to sacrifice their own existence because their elder brother has had political mood swings over the decades,” the finance minister maintained.