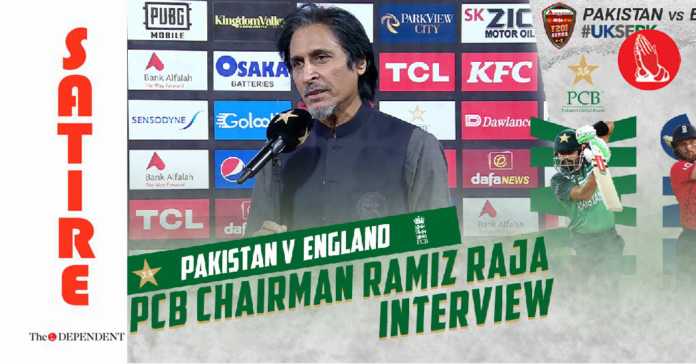 LAHORE – Pakistan Cricket Board (PCB) Chairman Ramiz Raja said that the England cricket team complaining about the food in Lahore is a testament to the hospitality and security that was given to them by the authorities.

In an exclusive interview with The Dependent, Ramiz reacted to Moeen Ali’s comments on Karachi food being better than Lahore’s saying that the stand in England skipper comparing the cuisines proves that the team was comfortable enough to do so.

“He might have started a war between Karachi and Lahore, but Moeen Ali’s comments on food show how at ease the England team were with regards to their own security,” the PCB chairman told The Dependent.

“I mean the fact that they were able to complain about food, of all things, show that they were well taken care of. They were obviously feeling at home,” he added.

Ramiz Raja, who subconsciously identifies as one of the growing actually-gora-inspired-but-vocally-anti-gora demographic of the country, also maintained what Moeen Ali did was really ‘British’.

“Complaining about food, when half of a state’s security is dedicated to keeping you safe, is such a British thing to do. I would totally do the same,” maintained Ramiz.

“Especially about Karachi food and people,” he added.

- Advertisement -
Facebook
Twitter
Linkedin
WhatsApp
Email
Previous articleTurn it off, and then turn it on again, says tech wiz PM
Next articleState Bank of Pakistan as independent as Parliament of Pakistan: Dar