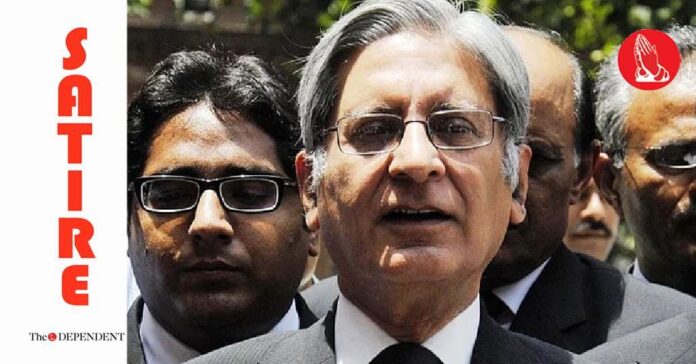 Displaying his wide repertoire of knowledge, Ahsan said Pakistan now rely on others to make progress similar to the leadership of his party.

“Pakistan need India to do them favours, just like the PPP needs the PML-N,” he said while addressing the media.

Ahsan further said the umpires would also need to be completely impartial and take unprecedented decisions for the improbable to happen.

“Unfortunately, it has become more difficult these days with the prevalence of technology,” he maintained.

When asked if his comments suggested that his loyalties have switched, Ahsan resoundingly replied in the negative.

“Just because I think they are losers, does not mean that I am not loyal to these morons,” he said.