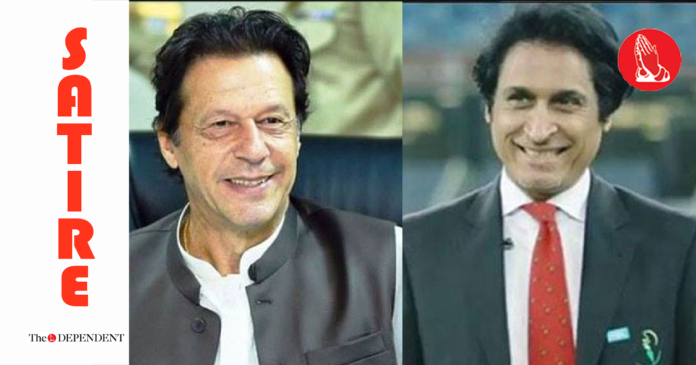 FEDERALLY ADMINISTERED TRIBAL ARENAS — After the new cricket warlord was unanimously appointed through a pledge of hands, the leader of the nation on Thursday assured him of his complete backing.

Talking exclusively with The Dependent, Imran Khan said that he personally ensured that the next leader of the volatile realm came from the Raja tribe owing to their history in warfare.

“The critics never understood what the Raja Network was. Raja Network is a tribe. It is an elite tribe living in Lahore,” he told this scribe.

“The Raja tribe specialises in elitist warfare. The Rajas are among the tens of thousands of specialists in this warfare who were trained in Aitchison camps, myself being one of them,” he added.

Khan said the famous face of this Raja tribe, who will now mastermind the cricket battalion, has exhibited his skills both inside and outside the battlefield for four decades.

“He has served as a soldier, a general and a spokesperson of the elite. He helps ensure that the eternal conflict between different class segments continues to exist and be fought with tribal loyalty and allegiance,” Khan said.

Khan further maintained this type of warfare has evolved over the years and is today epitomised by the elite, excessively westernised, tribal leaders fighting a fabricated fight for imagined indigenousness.

“And there are few that shroud condescension and self-hatred in the garb of self-aggrandising patriotism better than the new cricket warlord,” Khan said