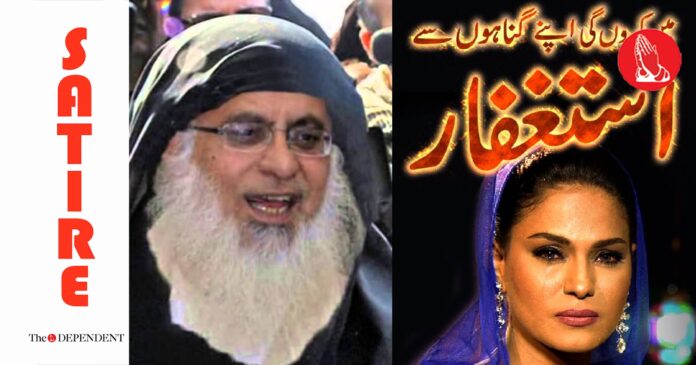 Sources close to the Taliban higher-ups revealed to this scribe that the choice of ambassador caused a small rift during the meeting.

One faction of the shura wanted to nominate Mullah Abdul Aziz as the ambassador as he is already hoisting their flag and doing the divine work without getting any pay from the Taliban.

Another faction, consisted mainly of leaders who rose through the ranks in the last decade and want to modernise Afghanistan, wanted to put forward Veena Malik as the new ambassador.

Ms Malik has previously gained notoriety for doing a bold cover shoot for an Indian magazine before embracing Islam and Pakistani nationalism, and performing astafghfaar for all past sins and treasons.

“It is going to be a tough call between Abdul Aziz and Veena Malik, especially given how both have strived to elevate the burqa in the society, without either wearing it — except for extreme circumstances,” a Taliban official said while talking to The Dependent.

The final decision for the ambassadorship will be taken by the executive committee of the Shura, in a separate, closed-door,session on Friday, The Dependent can confirm.