Petrol cheapest near your home if you consider petrol consumed in travelling to buy petrol: Hammad Azhar 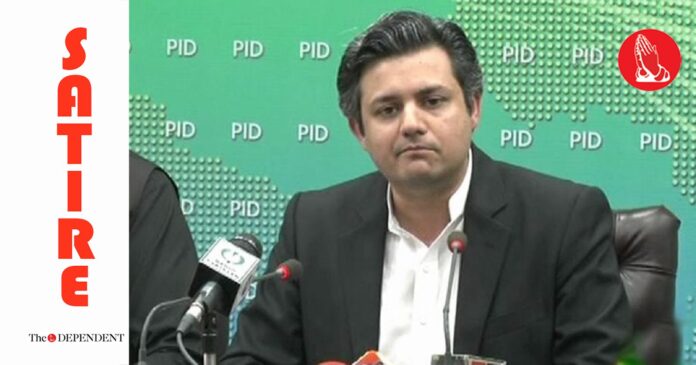 ISLAMABAD – The fuel prices are cheapest closest to where you live, you were informed on Friday by Federal Minister for Energy Hamad Azhar.

While congratulating you on being the luckiest person not just in Pakistan, but the entire region, the energy minister said that once you add the cost of petrol consumed in travelling to a petrol station to buy petrol, there is no place in the world that petrol is cheaper than the pump nearest to your home.

“Petrol becomes more expensive the further you travel from your home. You know what that means? It means that there is no place in the world that is selling cheaper petrol than the pump nearest to you,” Hammad told you early Friday afternoon

“Many congratulations on being the luckiest beneficiary of petrol prices. But your good fortunate could not have been possible had it not been for the PTI,” he added.

The energy minister further explained to you that your good fortune isn’t limited to yourself but every single Pakistani is the luckiest Pakistan and in turn the luckiest human in the world.

The minister further informed you that using the same groundbreaking energy economics the prices of petrol are almost negligible compared to the rest of the world.

“Compared to Rs 127.30 in Pakistan, one litre of petrol in Colombo will cost you over Rs 200,000 if you factor in the visa, airfare and stay cost that you will spend in traveling to Colombo to get that litre of petrol,” he further told you.

“That means Pakistan’s petrol price is a mere 0.06 percent of what it will cost you anywhere else in the region. Let’s not even go into the prices for Europe and America.”

The energy minister also told you that the value of rupee is actually the same if you look at the PKR-USD exchange rate in view of the exchange rates of other currencies with the US dollar.