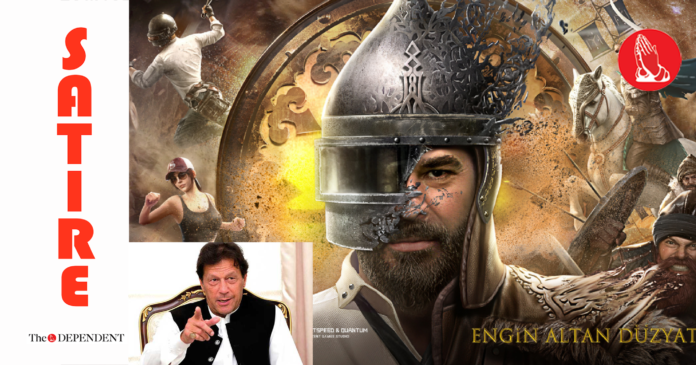 ISLAMABAD/ANKARA – Pakistan and Turkey are set to jointly produce a TV series focusing on the historical successes of the Ottoman Empire, sources within the production team have informed The Dependent.

Sources have confirmed that the upcoming show will be a spinoff of the global blockbuster ‘Diriliş: Ertuğrul’ (Resurrection: Ertugrul) and will show the triumphs of the Ottoman Empire against the counterterror watchdog, the Financial Action Task Force (FATF).

With the tentative title of the show translating into English as ‘Retrospection: Ertuğrul’, the series will highlight the counterterror successes of Ertuğrul Bey, the father of Osman I who founded the Ottoman Empire.

“The script highlights how radicalism marred the empire, beginning with the extremism at the helm, and how through retrospection and introspection, the Ottoman Empire overcomes its mistakes and becomes a democratic, egalitarian, pluralistic, secular republic with no tolerance for religious fundamentalism,” a member of the production told The Dependent.

The production team further confirms that while the show is based on actual history, they are likely to take some artistic liberties. However, the core storyline narrates the journey of the Ottoman Empire from being a realm ruled by radicals to one that becomes a progressive society with no allowance of religionist extremism or terrorism.

“In Retrospection: Ertuğrul the Ottoman Empire gets off the FATF grey-list through a whole host of changes in counterterror policies, including a crackdown on terror financing,” another member of the production team said.

“I don’t want to give any spoilers, but my favourite bit about the show is how Ertugrul, through astute economic measures directly linked to ideologically and politically overcoming terror challenges, successfully manages to bring down the US dollarrate.”