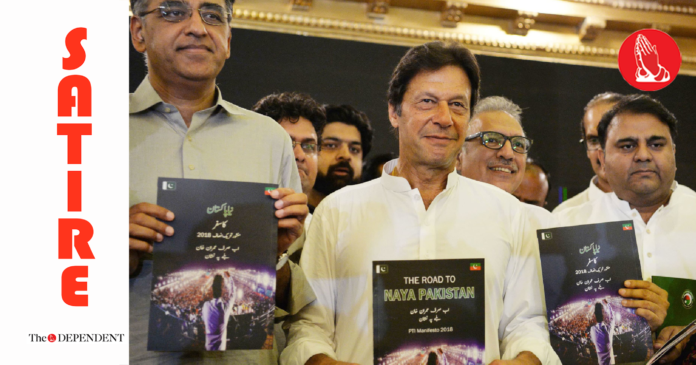 The announcement came after Prime Minister Imran Khan took notice of Shamimi’s social media post where the Grade-21 officer was seen equating the incumbent Pakistan Tehrik-e-Insaf (PTI) government with the Taliban in Afghanistan.

Sources within the Ministry of Planning confirm that federal minister Asad Umar will now make way for Shamimi, who has been given the task for the development of a roadmap towards the conceived vision and fast-track the special initiative.

“PM Khan has had a detailed meeting with Shamimi, where he told the incoming special advisor that the prime minister actually felt that the comparisons with the Taliban were a bit premature, even flattering, since the PTI government has a long way to go to achieve those goals,” an official of the planning ministry told The Dependent.

“Hence, given that Shamimi saab can already see the similarities, the PM said he would like to task him with the responsibility of bringing those commonalities to fruition, hopefully by 2023,” the official added.

It is pertinent to mention here that among other things, Hammad Shamimi had written on social media that “another similarity between Taliban and Imran Khan-led PTI government as both are contemplating about how to run the government after coming into power.”

While Shamimi didn’t respond to requests for comment, and for confirmation of his existence, sources within the Cabinet Division maintain that he has what it takes to help the PTI government further contemplate how to run the government.

“The 2023-2028 government that is. We are confident that Shamimi will smoothly transition from the Cabinet Division to the federal cabinet, like so many special advisors have,” said a close aide.