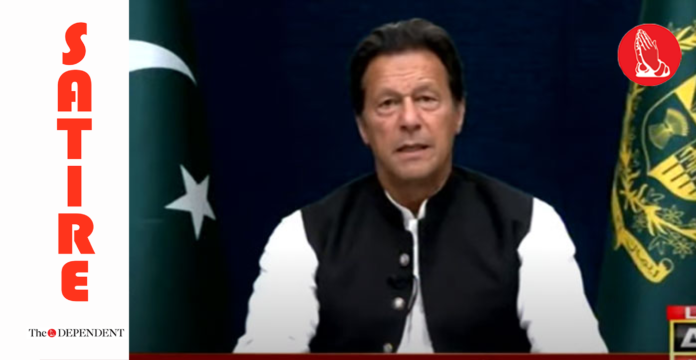 Khan, who spent little over three-and-a-half years in his latest role as the PR front of the organisation, was recently given the termination letter by his bosses, with the employee not expected to be at the firm from next week.

“A person like me only entered the services sector because I like to serve. I don’t need this job. I have everything I will ever need. I am better than you in every conceivable way,” Khan said in front of the camera, rehashing lines from his trademark interview routine.

“Unlike others in your company, I have struggled to be here. Even though I do not need to be here. You clearly do not deserve me. I am way out of your league,” Khan added while facing the camera in the interview rehearsal.

While Khan repeated some of the lines that he has used for a couple of decades, a few add-ons were also seen, which would make his next interview more current and up to date.

“I have with me a letter, which proves how people conspire against me, because they are jealous of how amazing I am,” Khan further said in his interview rehearsal waving the termination letter issued to him this week.