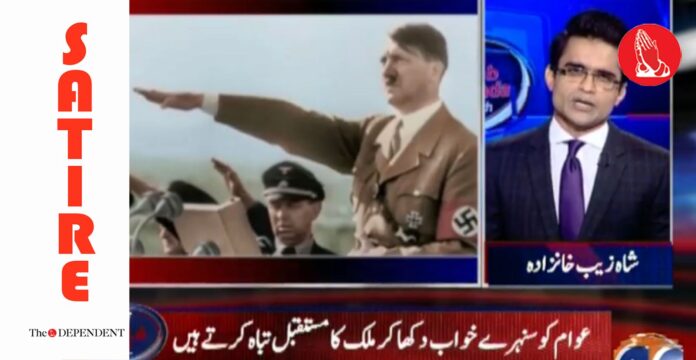 The Pakistan Tehrik e Insaaf has announced its decision to formally lodge a complaint with Pemra over an incendiary segment on Shahzeb Khanzada’s show where he called former German leader Adolf Hitler a fascist.

“We will definitely be registering our complaint over this bit of hate speech,” said former Human Rights Minister Dr Shireen Mazari. “And, if Pemra doesn’t act, we will have to go to the courts under the slander laws.”

“Yes, those have to be filed by members of the family but we are in touch with them through the PTI chapters in Austria and Germany, don’t worry,” she said, in response to a question.

“It is extremely insulting, not just to Adolf Hitler but also to the hundreds of thousands of his followers,” she said. “Freedom to speech doesn’t mean one gets to spew such venom.”

- Advertisement -
Facebook
Twitter
Linkedin
WhatsApp
Email
Previous articleHeadgear about as convincing as man under it
Next articlePlease stop giving so much attention to reason why people give me attention: Reham Khan