Please stop giving so much attention to reason why people give me attention: Reham Khan 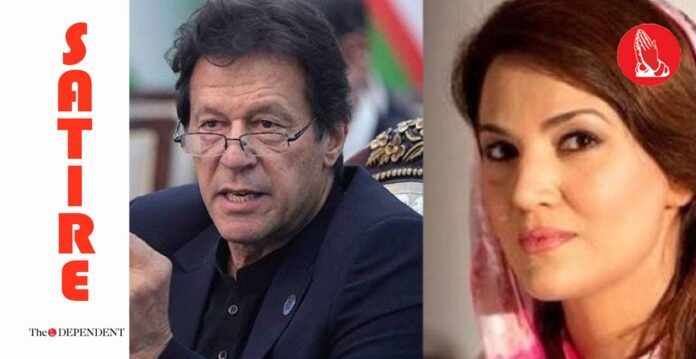 Former journalist and presently the former wife of former PM Imran Khan Reham Khan said on Monday that we all should stop paying so much attention to the sole reason why she is given attention when she says something.

“I think he thrives on attention,” said Ms Khan, of the man because of whom her video statements get any views. “So depriving him of views is going to destroy him.”

“They’d stop talking about him if he started acting sane,” said Ms Khan, whose videos and articles on topics other than Imran Khan gets approximately 8 percent of the views they would have otherwise gotten.

When contacted, the PTI chief declined to comment on the statement.

“I would not like to comment on any statement by a shallow person who only wants designer bags and who wants a life of materialistic luxury,” said Imran Khan, speaking to The Dependent at his 300-kanal Bani Gala estate.

- Advertisement -
Facebook
Twitter
Linkedin
WhatsApp
Email
Previous articlePTI to launch formal complaint with PEMRA against Geo for calling Hitler fascist
Next articleGeo News Report: I am not given any coverage on Geo News, says Imran Khan