Imran Khan was about to hand over Pakistani bases to Farah Gogi: Marriyum 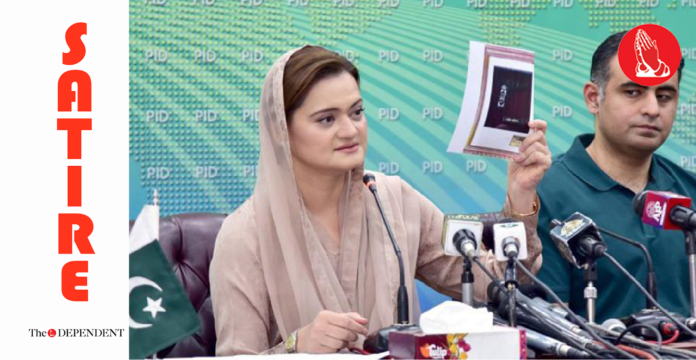 Talking to the media, Marriyum said that had the government not been toppled, Farah Khan would have been using Pakistan soil as its base to safeguard her geopolitical interests.

“Airspace was already given to Farah Gogi, and before Imran Khan could give her airbases, we thankfully topped his government,” the information minister said.

“Imran Khan said ‘absolutely yes’ to everything Farah Gogi demanded, including military bases, which she was going to use to conduct military operations and maintain control over the critical Af-Pak region through both economic and military clout,” Marriyum added.

The information minister further revealed that had Imran Khan not been toppled he was likely to name Farah Gogi as the next chief of army staff.

“Or the DG ISI, which is where the differences emerged and Imran Khan was democratically removed with everyone other than those passing the no-confidence motion remaining neutral,” she added.

Marriyum Aurangzeb warned of further repercussions if Imran Khan is brought anywhere near the helm of power.

“Imagine if Pakistan’s nuclear weapons got in the hands of Farah Gogi?”