Will freely, fairly conduct trial for Nawaz Sharif over breakfast at Jati Umra when he returns: Sanaullah 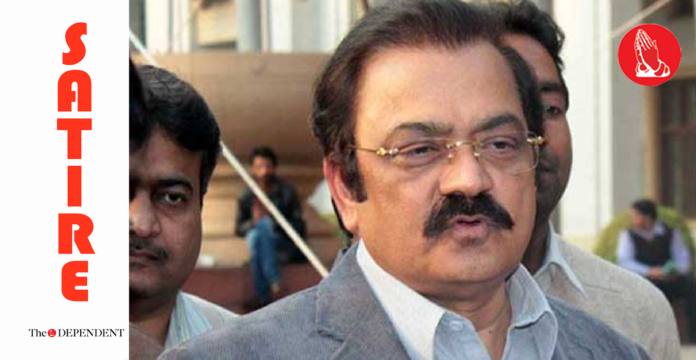 LAHORE – The ruling Pakistan Muslim League-Nawaz (PML-N) is all set to put a decisive end to skewed cases against politicians by freely and fairly suspending the punishment of party supremo and former prime minister Nawaz Sharif.

Federal Interior Minister Rana Sanaullah Khan told the media that both the federal and the Punjab government can now ensure free and fair trials for those members of the PML-N and its government allies who have been punished in the recent past.

“The previous government unfreely and unfairly targeted Mian Nawaz Sharif, and I will now personally ensure a free and fair trial is conducted for him when he returns to Pakistan,” Sanaullah told the media.

The interior minister added that the seriousness towards justice and fairness of the current government can be gauged by the fact that Nawaz Sharif will immediately stand trial as soon as he lands.

“I can assure you that I will be personally supervising the case at Jati Umra while Mian saheb is served his favourite breakfast at his residence,” Sanaullah added.
Sanaullah further said that the new free and fair governments at the centre and Punjab, won’t be impartial and will treat all parties and cases equally regardless of political affiliation.

“Imran Khan and his allies will also be served breakfast at Adiala Jail,” he reiterated.