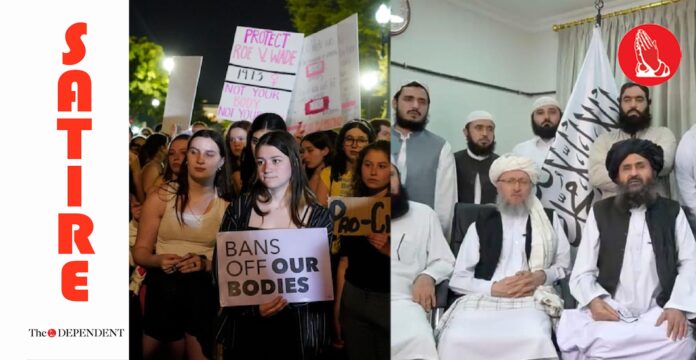 KABUL – The Afghan Taliban government has warned the United States that it could face sanctions if the Supreme Court strikes down the right to abortion in the US.

Expressing concern over the plight of American women, the Taliban shura urged the world to come together and do ‘whatever it takes’ in order to ensure that women’s rights in the US are safeguarded and the American female population protected.

“American girls and women are facing restrictions on what they can and cannot do with their own bodies. The health, security, and rights situation for the US female population is fast deteriorating,” the Afghan Taliban spokesman Zabihullah Mujahid told the media.

“Therefore, I on behalf of the Islamic Emirate of Afghanistan, urge the entire world to come together and do whatever it takes to rescue American women from the regressive, religionist, ultraconservative leaders, lawmakers, and judges in the US,” Mujahid added.

The Afghan Taliban have given an ultimatum to the Taliban to make a final decision about giving women rights over their own body as soon as possible or face sanctions and global boycott.

The Taliban said that Washington would not see a reduction in sanctions, or obtain recognition, without meeting the required human rights conditions.

“There is no possibility to soften or ease sanctions when the Americans are clearly violating the terms that they themselves have set forth on women’s rights for over half a century,” Zabihullah Mujahid maintained.