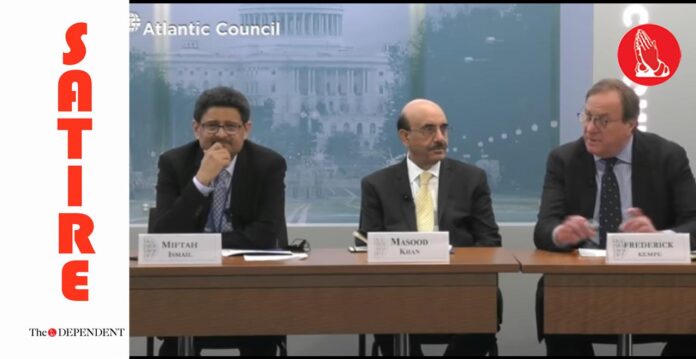 In yet another example of dinosaurs running the national economy, Dr Miftah Ismail, the incumbent finance minister, has revealed that he has absolutely no idea how to sink in huge amounts of money in cryptocurrency.

“Let me me be very honest,” he said frankly, in response to a question about the hottest fintech development that has razed a number of retirement plans, at a function in Washington DC. “I don’t know much about it.”

The frank admission, bordering on the shameless, that he had no idea about how to invest government revenue in the volatile financial technology, a key currency of which lost 99% of its value in a single month, is very concerning.

“It is about time that the League-make babaas relinquish their posts, and hand things over to those of us who know the future,” said former finance minister Asad Umar.

“Ummm….blockchain,” he added, apropos of nothing.