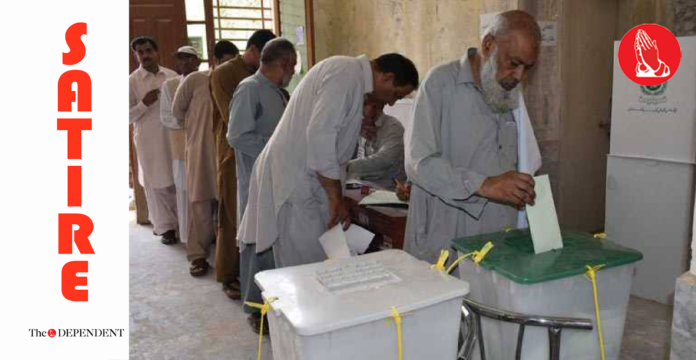 RAWALPINDI – The nation was informed on Tuesday said that after the defence budget allocation for the fiscal year 2022-23, contrary to perception, had been decreased, the institution no longer has the full capacity to rig upcoming elections.

In a talk with the media addressing the misperceptions about the budget, and sharing the disappointing news that elections would no longer be engineered, the nation was informed that the ongoing economic crisis has pushed the institution to take tough decisions.

“You should know by now that factoring inflation and rupee depreciation, the defence budget has actually decreased — from 2.8 per cent of the GDP last year to 2.2 per cent,” the nation was told.

“That means, unfortunately, that we have to significantly reduce our election rigging corps which in turn means, to much disappointment of the nation I am sure, that the institution will not be able to engineer the upcoming election — at least not to the extent that the nation is accustomed to,” it was added.

The Election Commission of Pakistan (ECP) Secretary Omar Hamid Khan in an interaction with journalists after chairing a meeting regarding the upcoming by-election confirmed that the institution no longer has the personnel to ensure the safety, security, and guarantee of polling results.

“The ECP has sent a letter to the chief seeking deployment of troops for security [of the electoral results],” he said.

“However, the institution no longer has the resources to do their primary job, because of financial constraints, and will now have to stick to other lesser tasks,” the ECP secretary added.