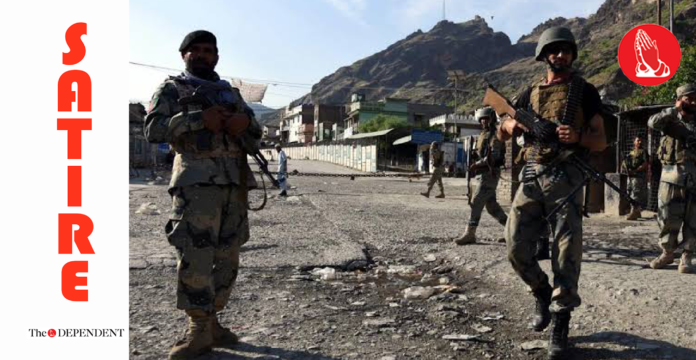 The seven agencies of the former Federally Administered Tribal Areas (FATA) that have been merged into the Khyber Pakhtunkhwa province as districts are “formerly” FATA in name only. This was one of the many assurances given to the Tehreek-e-Taliban Pakistan (TTP) during the current negotiations between the allegedly banned organisation and the government.

The reversal of the merger of FATA with Pakistan proper is one of the main demands of the TTP in the aforementioned negotiations.

“They were told that they would be as free to do their thing in the Former Tribal Districts as they were when it was FATA,” said a high-ranking officer privy to the negotiations.

“If anything, the TTP were told that legislation like the KP Actions in Aid of Civil Power Act has merged the 25 districts of KP into FATA, not the other way around,” said the source. “If legislation means anything in the first place.”

“And forget KP, have you even been to Muridke? These demands are quite childish. Here you are, getting an opportunity to ask for anything, and this is what you ask for?”