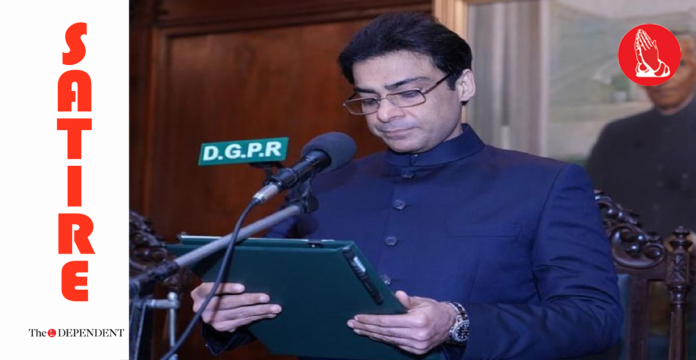 LAHORE – Intermittent Chief Minister of Punjab, Hamza Shahbaz, has demonstrated familial longsightedness by expressing a desire to complete his tenure in the CM office in multiple stints.

In an exclusive interview with The Dependent, the ephemeral chief executive of the largest province of the country, said he is confident he will cumulatively complete at least one complete tenure as the chief minister in his lifetime.

“When all is said and done and it’s time to hang up the boots, and in turn the votes, I am confident that I would have spent sufficient days in the Chief Minister’s office for it to count as one complete tenure,” the transient chief minister said in the interview.

Further adding to his comments, the impermanent provincial chief said that not only would the number of days be computed from multiple stints, the tenure itself needs to be calculated in accordance with the ground realities.

“I mean, it doesn’t have to sum up to five years. I think we can all agree that if my cumulative time as the chief minister, in two-day to two-month stints totals a year-and-a-half, that should suffice in it being deemed a complete tenure, given the timing of the first stint,” the temporary head of provincial government added.

The momentary chief minister, whose latest two-day stint began on Saturday and is likely to end on Monday, maintained that he’s already ahead of schedule when it comes to fulfilling his goal.

“Just another 15 months and 28 days to go,” the evanescent CM said.

“And a lifetime of stints…”