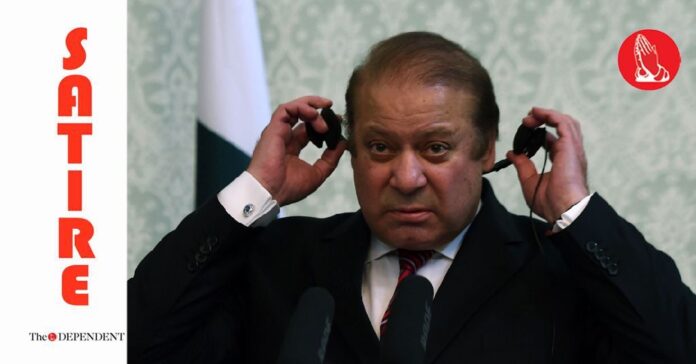 LONDON – Three-time former prime minister Nawaz Sharif has finally decided to split with the PML-N and has launched a faction of the party named after his own self.

Speaking to The Dependent in an exclusive interview the founder and supremo of PML-NN said that his split was necessitated by his former party’s refusal to do as they were told.

“How many times was Maryam Nawaz Sharif going to publically tell the prime minister and finance minister how to do their job before they got it right?” asked the PML-NN supremo while talking to The Dependent.

“I mean how difficult is it to run a well-established political party striving for democracy and respect for people’s vote? Just listen to its supremo’s daughter,” the former PML-N supremo added.

Nawaz Sharif further confirmed that Maryam Nawaz Sharif will be the president of the PML-N while he himself will continue to be its supremo.

“Unfortunately, as per the Election Commission of Pakistan (ECP) regulations I still cannot be the president of any party so I will have to stick to being the supremo – which I am rather enjoying,” Nawaz maintained.

The Pakistan Muslim League-Nawaz-Nawaz supremo further revealed that the failure of his previous party to undo Supreme Court and ECP verdicts was actually the final nail in the coffin.

“This is why I am going to Pakistan next month and fixing it myself,” insisted a visibly upset supreme leader of the PML-NN.

“After that I will initiate the campaign for next election, which will see the PML-NN win back Punjab, which the PML-N lost.”

Early reports suggest that many PML-N leaders are expected to jump ship and join the PML-NN by next month.