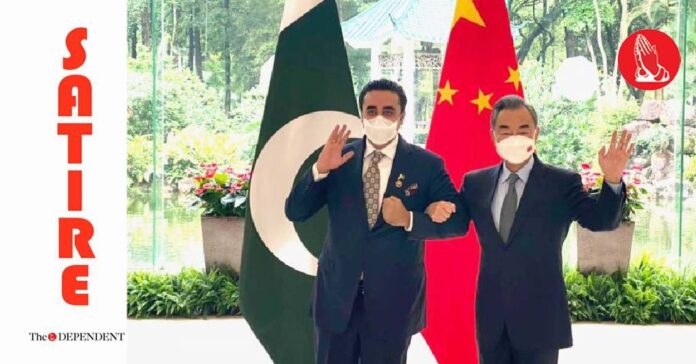 ISLAMABAD – Pakistan has asked the Chinese government for reparations for the damages caused by climate change owing to the emission of greenhouse gases, of which China is the world’s highest emitter, well placed diplomatic sources have informed The Dependent.

In a conversation between Pakistan Foreign Minister Bilawal Bhutto Zardari and his Chinese counterpart Wang Yi, Beijing was informed that Islamabad would need more than $10 billion for the rescue efforts needed in the immediate disaster caused by climate change, of which China should pay up the bulk.

“Since you are the highest emitter of greenhouse gases, you need to pay for what you’re causing in our country,” Bilawal told Yi, sources privy to the conversation have told The Dependent.

It is pertinent to mention here that with around 27 per cent of the global share of the greenhouse gases, China emits more harmful toxicants in the air than the rest of the developed world combined.

“When we talk of what the Global North needs to do, our first and foremost target is our immediate north – I hope you know that,” Bilawal informed his counterpart, sources confirmed.

The sources have further revealed that the Pakistani foreign minister has also told Beijing that the China Pakistan Economic Corridor (CPEC) would have to be made environmentally friendly as well.

“You need to rethink all the coal based projects that are being implemented at exorbitant costs, both financial and environmental,” Bilawal further told Yi.

“And while we’re at it, it might also be a good idea to address these neocolonial policies and imperialistic tendencies that Beijing continues to flaunt.”