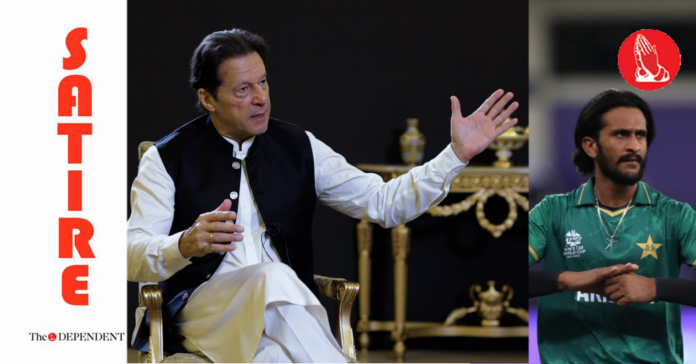 ISLAMABAD – Pakistan Tehreek-e-Insaf (PTI) Chairman Imran Khan sparked outrage after saying on Sunday that fast bowler Hasan Ali should be picked for the next matches in the ongoing Asia Cup.

“Hasan Ali is not being picked because the leaders want to pick the fast bowlers of their choice,” Khan said in a rally at Faisalabad, not specifying which leaders he was speaking of.

However, terming remarks by former Pakistan Prime Minister Imran Khan over the selection process as “most unfortunate and disappointing”, Pakistan captain Babar Azam on Monday slammed Khan for attempting to create a controversy.

Reacting to the “defamatory and uncalled for” comments by Imran Khan, the Pakistan captain in a statement said that the team management remains committed to the best interests of Pakistan.

“Regrettably, an attempt has been made to discredit and undermine senior leadership of Pakistan Cricket at a time when the institution is winning matches for the people of Pakistan every day,” the statement said.
Leaders from all fields have condemned Khan’s statement with the leader of the federal government also issuing a statement.

“Imran Niazi’s despicable utterances to malign institutions are touching new levels every day. He is now indulging in direct mud-slinging and poisonous allegations against Pakistan cricket and its leadership. His nefarious agenda is clearly to disrupt and undermine Pakistan,” noted Prime Minister Shehbaz Sharif.

Analysts believe that Imran Khan’s latest statement might be one too many, and might result in the powers that be using their influence to disqualify him from his favourite vocation. Experts also believe that this statement could result in a blanket ban on coverage for Imran Khan.

“Point of no-Return: Imran Khan’s statement yesterday on selection of Hasan Ali triggered a massive uproar in the country particularly in Pakistan cricket team. IHC furious President Alvi disassociated. I was to interview IK tonight but have just been told it can’t be aired at any cost,” tweeted senior journalist Kamran Khan.

Meanwhile, The Dependent asked Pakistan Cricket Board (PCB) Chairman Ramiz Raja for his comments on the matter.

“The captain is right,” Raja maintained, without explicitly clarifying which.