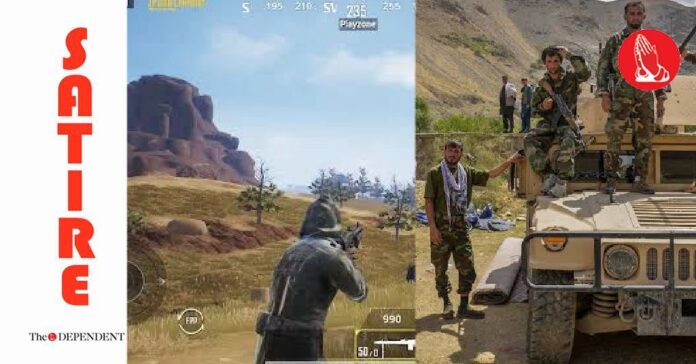 The de facto government of Afghanistan, the Taliban, have banned the mobile computer game PUBG for its adverse effects on the nation’s youth.

“There is no place for such negative influences on the youth of the Emirate,” said Taliban spokesperson Zabihullah Mujahid. “The game spreads a very bad message amongst them.”

“Playing the game, the youth would think that an L118 AWP sniper rifle would have little to none recoil,” he said. “How does that prepare them for the real world?”

“Furthermore, this ridiculous game will have them believe that bullets just keep tearing into space indefinitely, completely obvious to parabolic flight paths of bullets,” he said.

“We owe our youth better physics lessons,” he said.

“In fact, we are picking up those most addicted to the game and holding remedial classes for them, as practicals,” he said. “Top scorers might get the honour of being conscripted.”

- Advertisement -
Facebook
Twitter
Linkedin
WhatsApp
Email
Previous articleChief selector sticking with selection till November
Next articleRidiculous to book me for religious hatred I was spreading on behalf of party leadership: Marriyum Aurangzeb