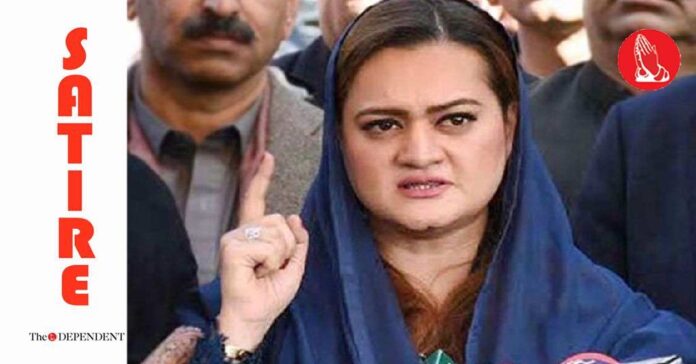 ISLAMABAD – Reacting to the terrorism case registered against her, Information Minister Marriyum Aurangzeb said she was only “using religion to instil and spread hatred” on behalf of the Pakistan Muslim League-Nawaz (PML-N) leadership.

After an FIR was registered against Marriyum Aurangzeb for inciting religious hatred against Pakistan Tehrik-e-Insaf (PTI) chief and former prime minister Imran Khan, she clarified that she wasn’t spreading the perilous bigotry in a personal capacity.

“It is ridiculous. The FIR should have been lodged against the position, in this case the PML-N’s spokesperson, and not against me personally, since everything I do professionally, including using religion to spread hatred and encourage violence, is done on behalf of the party and its leadership,” Marriyum said in a statement released to the media.

However, further elaborating on her stance in the terrorism case, Marriyum maintained that she wouldn’t hesitate to spread any form of hatred or terror against anyone if the party leadership required it.

“Including a proper terrorism case if need be – not these vanilla charges,” she insisted.