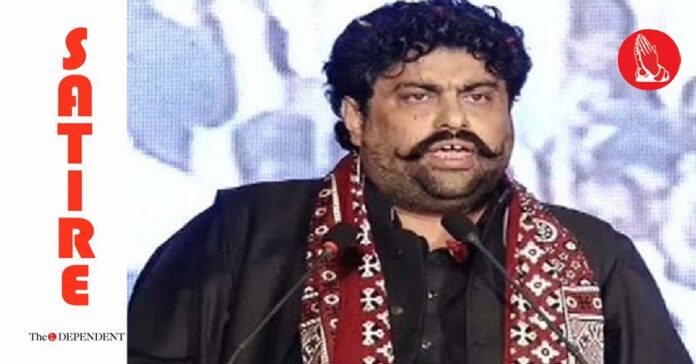 KARACHI – Sindh Governor Kamran Khan Tessori has launched his own party, The Dependent can exclusively confirm.

Tessori, who took over as the governor on Sunday, confirmed on Monday that he is now the head, and only member, of Muttahida Qaumi Movement-Governor House (MQM-GH).

When asked whether the MQM-GH would actually be a separate party or a faction of the MQM, Tessori remained noncommittal.

“It is up to the other MQMs and their members whether or not they want to consider it Muttahida Qaumi Movement-Pakistan-Bahadurabad-Pir Ilahi Buksh Colony-Governor House, or not,” the governor said.

“But what is evident from the name is that MQM-Governor House will only have one member since I am the only resident of Governor House,” he added.

Tessori confirmed that given the uncertainty over his new party being a faction of the MQM or not he had also considered giving it other names.

“I really liked MQM-Gold Standard,” he shared with The Dependent. “I also toyed with the idea of naming it Pakistan Muslim League-Dysfunctional, but then I realised we already have at least two of those.”

The Sindh governor also rubbished claims that his appointment had been pushed by external forces seeking to join all MQM factions with the current ruling coalition.

“I’m just one person and a few tolas of gold,” Tessori maintained.