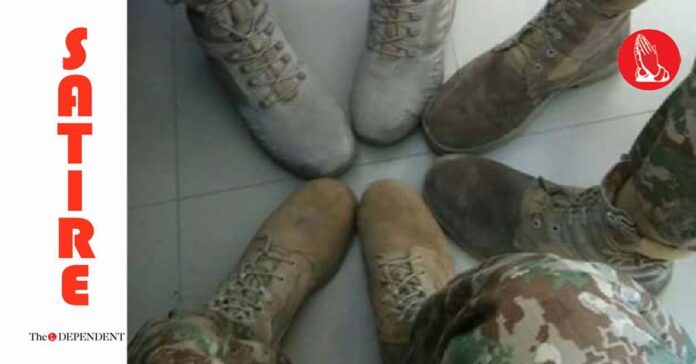 CYCLE STAND – The nation’s apolitical forces confirmed on Friday that the ongoing cycle of neutral decisions is about to be completed.

Talking to the media, the public relations outlet of the apolitical forces said they were now looking ahear to the next cycle of neutral decisions.

“Just a couple more and this one’s going to be put to bed. The next one has already been initiated and is on track,” the spokesman of the forces told the media.

“This one was, well, interesting. We as an institution hope to keep the next cycle slightly less interesting,” he added.

The spokesman further reiterated that a new leadership is looking forward to spearheading the upcoming cycle.

“The next cycle of neutral decisions will be carried out with similar apolitical excellence, discipline, and patriotism as always,” he said.

“The ethos of sacrifice that is etched in our institution will be reflected in the cycling and recycling carried out by the next chief,” he added.

The spokesman maintained that the sacrifice has meant that the cycle of those undertaking the cycle of neutral decisions has also been streamlined.

“Just two cycles, or one extension, per chief,” he maintained.