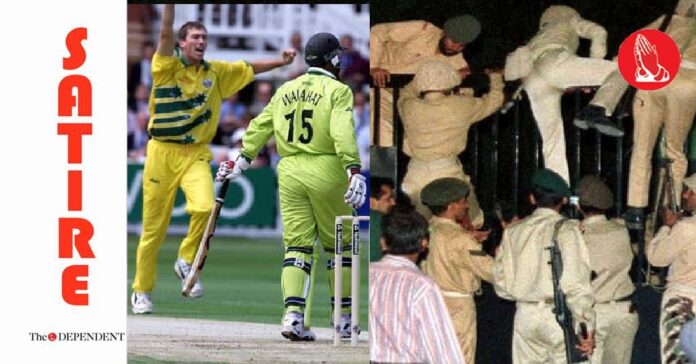 UNDISCLOSED LOCATION – Rekindling hopes of a repeat of events from the 1990s, senior figures of the establishment on Sunday told each other that the developments transpiring in front of them also took place in the year 1999.

The national team’s score in the 130s was chased down by an impressive world-beating side to win a cricket World Cup, a little while before the events that the leadership hopes to repeat, it was further reminded.

“At that time too the nation was busy talking about cricket when the major development that would cause upheaval in the political setup and pave the way for a takeover was taking place,” it was jointly discussed among the leadership.

“And now the national team has again lost the World Cup final in the lead up to the major event, the collective win, that we are all looking for,” it was added.

Further reiterating the commonalities, the senior establishment figures smacked their lips at the prospect of the near future being entirely dedicated to the changes required in the national cricket team.

“They will be talking about which players to select, which players to drop, who should be captain, what should the selector do, what changes are needed – while we orchestrate all the changes at the helm,” it was noted.