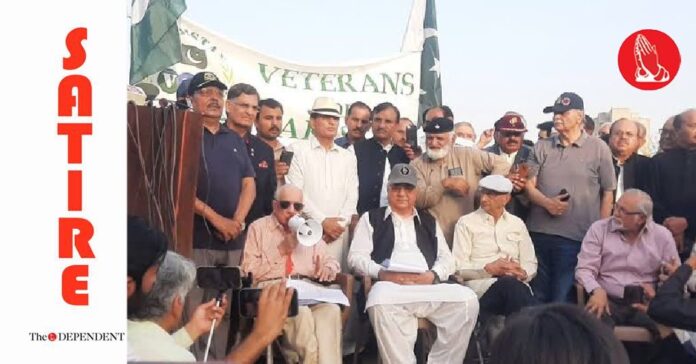 Coming down harshly against the sea of speculation about the appointment of the next army chief, the Pakistan Ex-Servicemen Society (PESS) has said that they do not care about who is appointed as long as he is unprofessional.

“Anyone senior enough to be considered for the prestigious position has obviously been filtered through the competitive system and is, therefore, quite unprofessional,” said Lieutenant General (retd.) Tariq Khan. “As long as we have a person who does not know his place, I think we can all be happy.”

“Yes,” said Major General Bashir “Bash” Chaudhry in agreement. “The system, it just works. We will always have someone like that on top, even if it is a supposed weakest link.”

“Yes, it’s not a perfect system; it can be infiltrated from outside, corrupting the minds of some of our young officers,” said Brigadier (retd) Saleem “Chooza” Ahmed, referring to the recent controversy about copies of the 1973 constitution recovered from the possession of some Major level officers, resulting in their court martial. “But we weed them out promptly.”

- Advertisement -
Facebook
Twitter
Linkedin
WhatsApp
Email
Previous articleNew army chief will get involved in politics, predicts new army chief
Next articleCOAS appointed, immediately leading to speculation about who next COAS is going to be