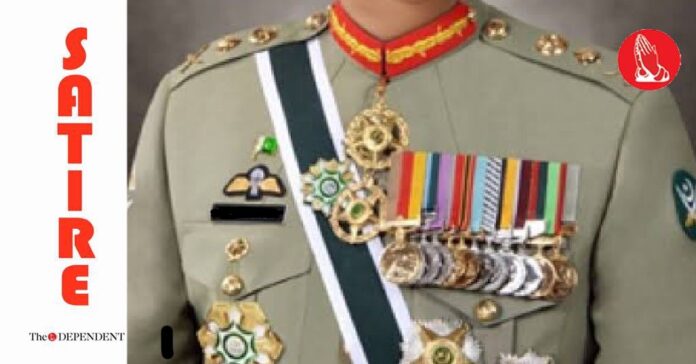 “Given the history of the institution and the lay of the land in such matters, it is a rational assumption,” said the eleventh COAS, who is expected to be appointed to his position shortly.

“Can’t say new chief will have to get involved because it kind of comes with the job, because i  think it’ll also be a lot of fun, which is why he will do it,” said the seventeenth overall boss of the Pakistan army.

“We can’t let the bloody politicians mess up the country,” said the three star general, who is about to get his fourth star. “Plus it’s a bit of a rush, the whole power thing.”