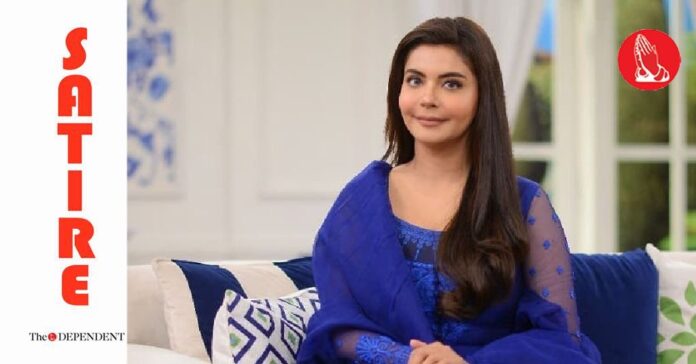 KARACHI – Yet another trending celebrity is all set to make their debut on Good Morning Pakistan, with the newly announced Chief of Army Staff (COAS) General Asim Munir appearing in Nida Yasir’s morning show.

The show was shot on Friday and will air on Tuesday, November 29, the day General Munir takes charge as the Army Chief of Pakistan.

The excitement was palpable as this scribe attended the shooting of the most popular morning show in the country featuring the personality that everyone is talking about – while she hosted a trending name of the militainment industry.

“My favourite bit about the show is when the good general took centre stage on the floor and showed some of his best apolitical moves,” said a member of the audience that was handpicked after filling out comprehensive survey forms and thorough background checks.

The incoming COAS performed those moves at the insistence of the host, who will release the teaser for the show, featuring these moves, by Saturday evening.

“I loved how the chief blushed when he was asked how elections are manipulated or judiciary influenced,” remarked an observant guest.

“However, I most enjoyed the candid interview and the question answer session. I think we all can appreciate the general’s favourite movie being One Flew Over the Coup Coups Nest,” noted another.

- Advertisement -
Facebook
Twitter
Linkedin
WhatsApp
Email
Previous articleCOAS appointed, immediately leading to speculation about who next COAS is going to be
Next article‘Defensive move to appoint new army chief with no prior experience of being army chief,’ says Aaqib Javed