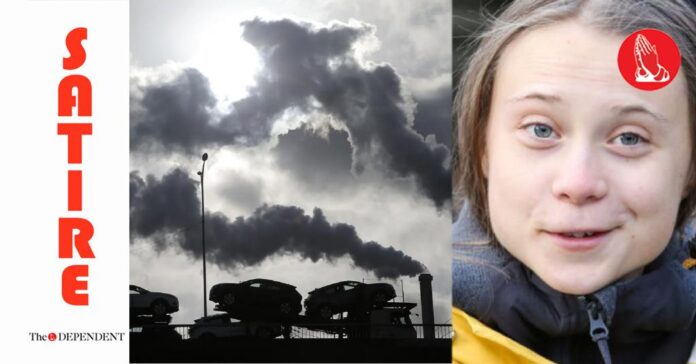 The Indian government has stepped up its public diplomacy against the list of international celebrities defending the protesting farmers in New Delhi by initiating contacts with a massive 500-tonnes-worth of carbon emissions cluster to tweet against the global climate change activist Great Thunberg.

“Your enemy’s enemy is your friend, wrote Kautilya in the Artashastra thousands of years ago, and it is as relevant today as it was back then,” said Indian National Security Advisor Ajit Doval. “We need to bring such ideas in the modern age.”

“We are not paying the emissions cluster to tweet against her, as per the rumours that are being spread by the Presstitutes and Lutyens Media,” said Doval. “There is no way to pay….it.”